My dad’s very corporate company spends lots of money doing research about why people my age think the way we do. So I’d like to save everyone a little time and give you all a screen shot of the inner-thinking’s of my generation. Our lives are easy, full of convenience and entertainment. We’ve always had everything. There was no famine, no war, no depression. Even the depression/recession hasn’t really affected us because we don’t own anything. Mostly though, it’s because we are the computer generation — in fact the recession has made us worth more because it made the Internet the center of the universe, and who knows it better?

With our lives of convenience comes the need for mobility. So, naturally, since our laptops can go anywhere, we wonder why we can’t go anywhere, too. Doesn’t really make sense to have global WiFi if you’re not gonna use it, now does it? You don’t even really need a laptop anyway. You just need a computer, any computer, anywhere because there’s this cool thing called internet applications. What that means is that software doesn’t exist anymore. Only applications – Internet-based apps that perform all the same tasks as software, but from anywhere. Are you scared yet?

What about the value of face-to-face time? Well sure, that’s important depending on what you do. But you can get face-to-face time in for, like, two hours a week and the rest can really be done elsewhere.

Don’t you think the work days should be shorter then? Now that you can be as productive, if not more, in a fraction of the time? Instead of decreasing work days, there is actually more work, which is fundamentally why we Gen Y’ers feel like we’re worth more. Because let’s face it, we’re doing 10 times as much as you used to do when you had to calculate everything by hand and there was no spell check. Or when making a creative comp meant literally taking your own photos in a shoot, and piecing it all together in a final product that may never go further than your office.

So while you may think we’re all rebellious, greedy and lazy, we’re here doing your work 10 times faster and better and we’re getting paid, like, nothing to do it because we don’t need as much shit in our lives to be fulfilled. And because some assholes in Washington are telling us that we’re fortunate just to have a job. Creating fear in the job market, so that they don’t lose their jobs to some MBA Gen Y’er who will take half their salary.

Fear is a good way to keep control, but it won’t last. Because another thing you should know about us is that we aren’t scared of anything. Anything. We like to play, we like to drink, we like to come to work hungover and we can still do your job better than you.

Now all hope isn’t lost for the retiring baby boomers and their younger siblings. I’m just letting you into the mind of Y, or “i”, I suppose. We’re cool people, too, you know. We just don’t want to live our lives by the same standards as you during your over-inflated consumerism, 80s Wall Street, all-work/no-play days. We think your outfits looked stupid back then, and those thin ties made your heads look small.

I should take this time to also mention that high schoolers wearing emo-thin jeans are NOT part of the generation I’m explaining here. Gen Y is mid-20 to early 30 somethings, working professionals with college degrees and vivid memories of the following: Bill Clinton/Monica Lewinsky, OJ Simpson, John Benee Ramsey, black Michael Jackson. Not those snot-nosed kids who grew up playing World of Warcraft instead of capture the flag. We passed notes, not “sexts”. We played team sports and had to do thousands of extra curricular activities to get into college. We did not grow up obese and over-prescribed. We were just kids that had Silent Sustained Reading time, the Oregon Trail, 3 1/2-inch Floppies, casette tapes, Green Day, flannel shirts, Molly Ringwald, Pop-Up Video, sagging shorts and Adidas.

I’m not saying we’re all that or anything. All I’m saying is that we’re going to run this shit pretty soon. And when we do, we’re not having casual Fridays, we’re having Powder-day Fridays. We’re not working 9-5 and we’re burning all the cubicles. Our computers are not going to be the place where “collaboration” takes place, because get serious, a computer is a stifling, mind-sucking device. We’re going to be out in the world, exploring, collaborating on our iPhones in the middle of the jungle. And we’re still going to be productive. Don’t you get it? We don’t want your stinky throne; we don’t like to sit down. 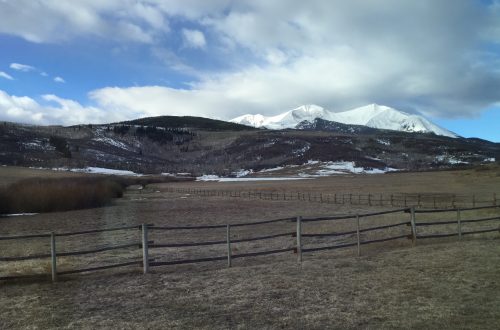